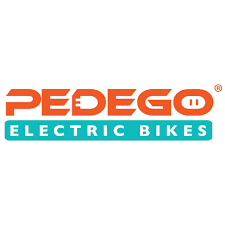 For more than a decade, Pedego Electric Bikes has been aiming to make the best electric bikes they can imagine. Started in 2008 as a partnership between two friends who had a passion for electric bikes and a vision for improving on the options available on the market at the time, the company has grown and flourished ever since.

Currently rated the number one brand of e-bikes in the US by Navigant Research, Pedego continues to raise the bar as to what's possible in an electric-assisted bicycle. Offering a choice of style and fit for everyone with 19 different e-bike models. Pedego has the vision to get as many people as possible enjoying electric bikes

Whether it's older people who haven't ridden a bike in decades, or younger people who want to get more exercise and fresh air but don't want to sweat the grind of pumping pedals up hills and across long distances, Pedego just wants to get people on the saddle of a bike and in motion. A network of more than 140 stores worldwide spreads the joy of e-biking to cities across the world, bringing the passion for quality equipment and joyful riding to people everywhere.

Pedego stores are known for being full of people who love bikes. Stores are stocked with the latest models of e-bikes, accessories, and helpful people who have answers to common questions, technical help with set up and maintenance, and free test rides to put people on top of the model that may suit them best.

Boasting ten years of production since its introduction, the Pedego Comfort Cruiser has benefitted from its years of experience.