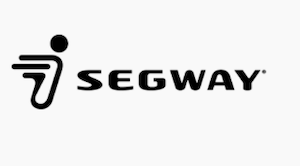 Since its beginning around the turn of the 21st century as the maker of the two-wheeled, gyroscopically balanced Personal Transporter that bears the company name, the Segway company has had plenty of ups and downs. The original Segway PT has enjoyed a bigger role as a pop culture reference than it has on the streets. While the quirky device has found a way into many professional and industrial jobs in warehouses and the security industry, among average citizens it is probably more known as Mall Cop Paul Blart’s preferred mode of transport than as something they’ve actually experienced themselves.

But just as the sound-alike word they named the company after, segue, means to transition from one part of music or writing to the next, though, the Segway electric transporter led the transition from gas-powered (or personal powered) transportation devices toward electric-powered individual mobility choices. Whether it’s electric skateboards, e-scooters zipping around the streets of many cities around the world, or e-bikes that are seeing soaring sales in recent years, the time of the electric personal mobility device is now.

After a few ownership changes, the Segway company is now owned by Ninebot. They produce a variety of devices for personal transportation that all feature powerful electric motors and rechargeable batteries for many choices of smooth and simple ways to get from Point A to Point B and beyond in style.