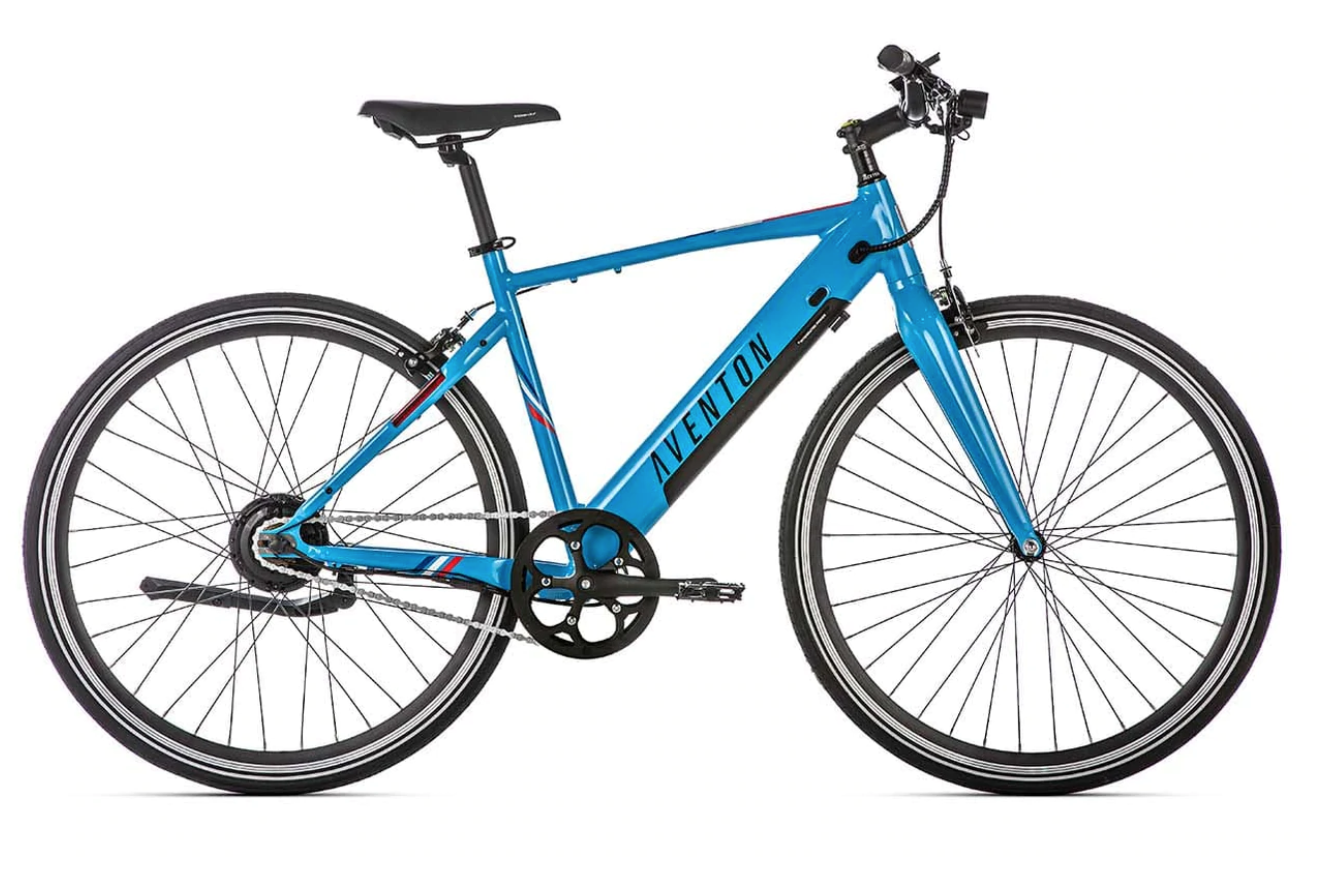 If you know Aventon, you know they’re a bike company that is constantly innovating. From their roots in performance cycling back in 2012, through their development as an electric bike company starting in 2018, Aventon has made some large strides forward in a fairly short time.

Now, with the Soltera new for 2022, Aventon has done it again. They’ve added a new style to their diverse eBike lineup to give city riders an e-bike with pep and performance like a high-quality hybrid road bike.

In less than half a decade, Aventon has built out its eBike product range to include something for everyone. First, there’s the folding Sinch meant to fit where you need it to be, in the back of a vehicle or in the office corner. Next, the Dutch-style Level commuter bike has a comfortable upright posture for easy riding and racks to carry your gear. Aventon’s Aventure rolls big and robust on fat tires and front suspension to take your eBiking off the beaten path. And the early Pace models trace Aventon’s growth into the busy eBike market, with a large rectangle battery on the downtube like the first-gen eBikes they were, pointing the way back to the company’s transition from analog to electric.

Now, the next generation is here, with the Soltera gliding smoothly into its place in the lineup as a subtle but powerful electric ride that can take you around town on short jaunts where you used to take your car or off on a day-long pleasure ride. Standing tall on 700c wheels, the Soltera has a more aggressive geometry than the Pace or the Level, putting you up in the saddle and ready to zip around, whether for fun or practical transportation.

Aventon was thinking big when they designed the Soltera in a couple of different builds for different riding styles. You can get the single-speed lightweight model for simplicity and ease, or the seven-speed with Shimano Tourney drivetrain gives more options when handling hills and long rides and then gearing down for quick take-offs.

Either choice you make on the drivetrain leads you to the next option: frame size. Aventon presents a large frame for riders from 5’7″ to 6’4″ and a regular frame for riders starting at 5’1″ and also gives the option of a step-through frame for easy accessibility.

Either choice you make, the fixed-gear or seven-speed, features the same power source–a rear-hub mounted brushless electric motor that produces 350W nominal power to give a subtle boost to your ride. Through five levels of pedal assist, you can enjoy the benefit of an increasingly stronger power boost, assisting your efforts up to 20 MPH, or sit back and hit the throttle if you prefer. Even from a flat start, the throttle kicks in the juice to propel you forward effortlessly.

As a Class II eBike, Soltera tops out the electric power at 20 MPH, whether with the pedal assist or throttle. Or, you can switch off the motor and ride free, just like in the old days when you powered your bike with pedal power alone. The beauty of the Soltera is that it is designed and built light and functional, unlike some retro minibike models that are meant to rely on a motor. This means you can easily enjoy the fun of a bike ride with no motor noise or pedal assist kicking in as you go. At just 41 pounds for the single-speed or 43 pounds on the seven-speed model, the Soltera is a third to a half the weight of many eBikes on the market today.

The other major difference between the fixed gear and 7-speed builds is the braking system. The single-speed model has caliper brakes on the rim, while the geared model has disc brakes. Whether this relates to the price difference between the two–just 100 bucks–or other calculations the company made is hard to say, but some would’ve recommended they go with disc brakes on both. Disc brakes give confident stopping power and are something of a standard in the electric bike industry, as well as a widely adopted norm in the larger biking community in the 21st Century.

All Soltera models feature a headlight that’s integrated with the bike’s power system and taillights that are cleverly integrated into the seat stays. The advantage of these backlights, which function as brake lights, is that they curve with the tube, so they’re visible from behind and to the side for improved visibility.

Aventon wisely ships the Soltera stripped down, with no fenders or racks that are seen on many of their other models. Without those add-ons, the look is simple and clean, ready for action for bikers who love to ride for the joy of it. Additionally, standard mounts are provided for users to add features as needed. Rated at 300 pounds total capacity, including rider, racks, gear, and cargo, this is an eBike with the potential to be what you need it to be and fit you and your riding preferences just right.

Taken all together, the Soltera provides a lot of value at a very reasonable price. There’s plenty of fun for riders who love to ride, function for commuters who need to get to work or around town on errands, and the potential to add racks and fenders for more of a workhorse that carries groceries or a gym bag or a child seat. You’re likely to have fun with whichever model you choose, the single-speed sprinter that gets around with the zip of a messenger bike or the seven-speed ride with power on demand.

Up to 20 MPH on Pedal Assist & Throttle

Throttle on Demand - Throttle from a complete stop 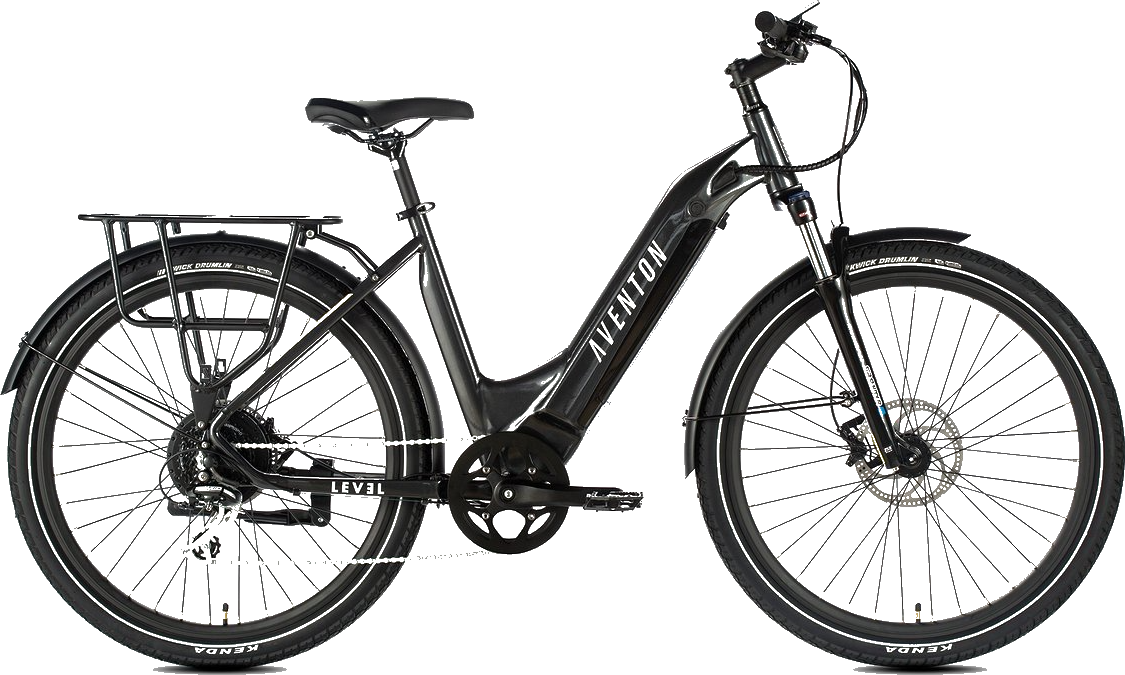 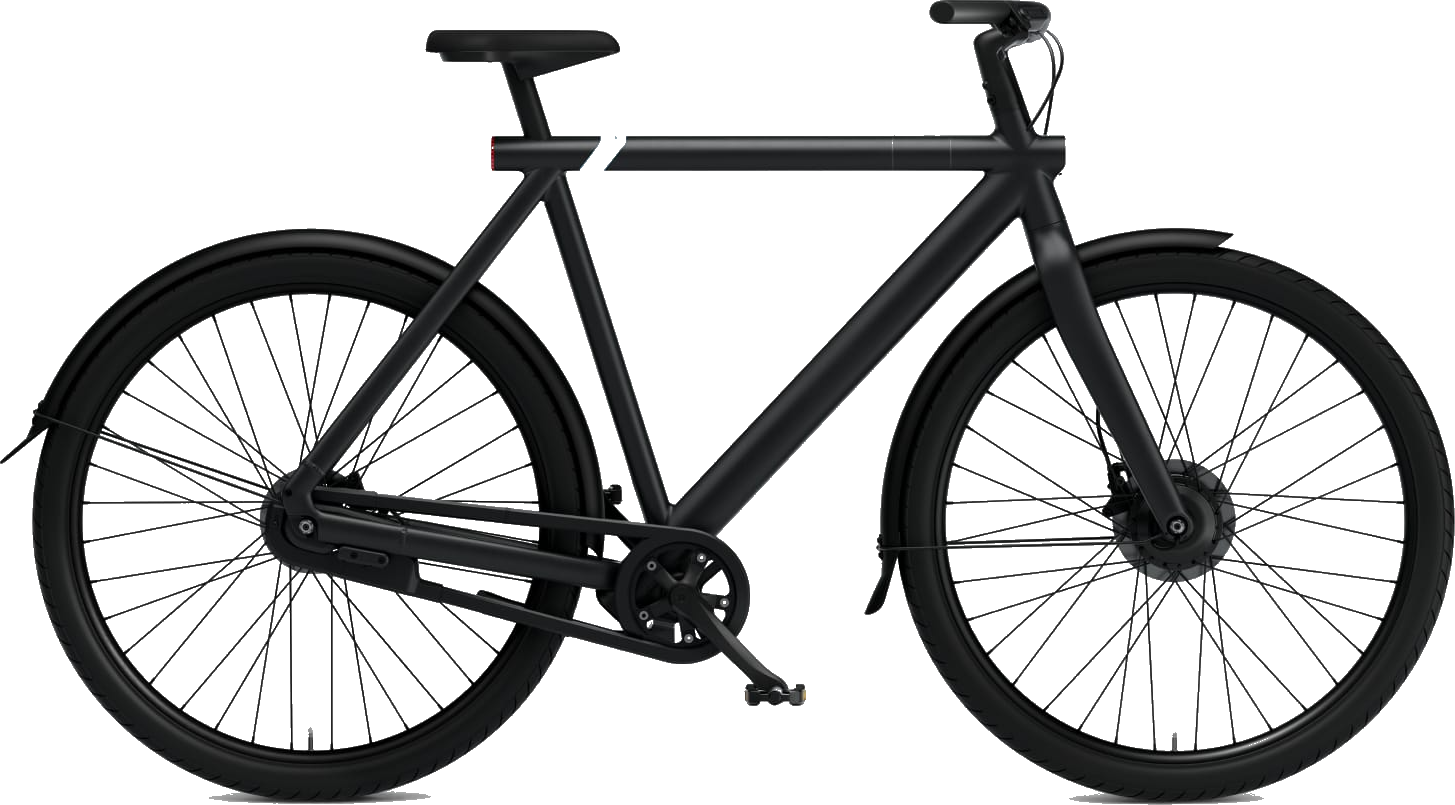