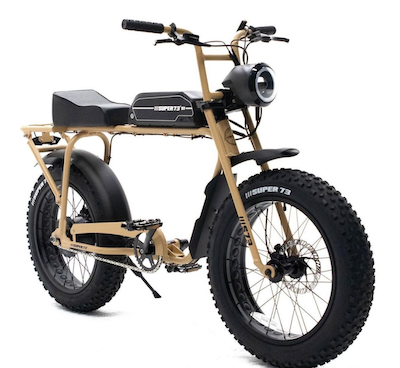 Electric motorbike maker Super 73 has followed up with their original super73 motorbike, offering a variety of new options including their S-series. The S-series which includes the S1 and S2 is described by Super73 as a “high performance street-legal electric motorbike”

Bike and lifestyle company Super73 produces three unique series of electric bikes, each identified with a single letter. The S series is their latest group of models and is bookended by their most expensive full-featured R series and their entry-level least expensive Z series.

The S-series is Super 73’s middle-of-the-road series and comes with two model options, the S1 and S2, and is their latest premium-grade electric bike.

All Super73 e-bikes have some distinct similarities when it comes to their design. You can’t miss the signature look of their frame style, clearly echoing the style of mini-motorcycles that were popular in prior decades that kids used for zipping around on trails and neighborhood explorations.

The distinct brand aesthetic has resembled across their entire line. The five models from the Super73 series are all standard single-speed bicycles (although models in S and R series now have options to add a Shimano 10-gear transmission), and all of their e-bikes all sit low and squat on wide 20″ tires.

The two models in the S series from Super73 are the S1 and S2. The first difference you’ll notice between the two models is the price (the S1 coming in under $2,000, the S2 at about $2700. However, the real difference is the two models’ specs that affect both their performance and range. 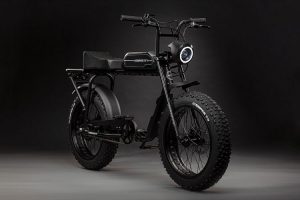 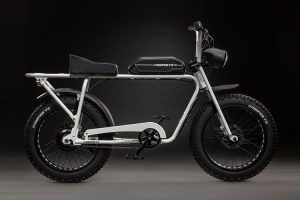 The Super73 S series of e-bikes are fun little machines for zooming around town for a few errands, going that last mile from the train to the office, or just exploring some parks or beaches around your area. Like all the models the company produces, the two choices in the S-series are reasonably priced for the market range and a fun way to get onto a bike and see the world from a new perspective.

Laws regulating and restricting e-bikes vary from place to place, but in general electric-assist bicycles like the S1 and S2 don’t require state registration, license, or insurance like a motorcycle or moped would need to ride on the roads. On the other hand, some e-bikes with stronger motors, such as the S2 with its potential higher top-end miles per hour might be regulated in some areas where traditional bikes can ride freely, like on bike trails.

Gather the stats and specs on the model you’re considering, and check your local laws for electric bikes to see where you could take your Super73 around town and beyond.